The challenges of refugee and migration crisis

The agreement of European leaders on the Action Plan for Crisis Response for joint management of the mass influx of migrants through the Balkans and its influence on Serbia will be the main topic of the first CHATvrtak - which will take place at Belgrade Centre for Security Policy's premises at Djure Jaskica St, 6/5, on Thursday, 29 October 2015, starting at 16h.

The introductory presentation will be delivered by the Executive Director of the Group 484, Vladimir Petronijević, addressing the following questions:

Due to a limited number of available seats, we kindly ask you to confirm your participation by Thursday, 29 October, by 14h latest, by sending an email to [email protected]. 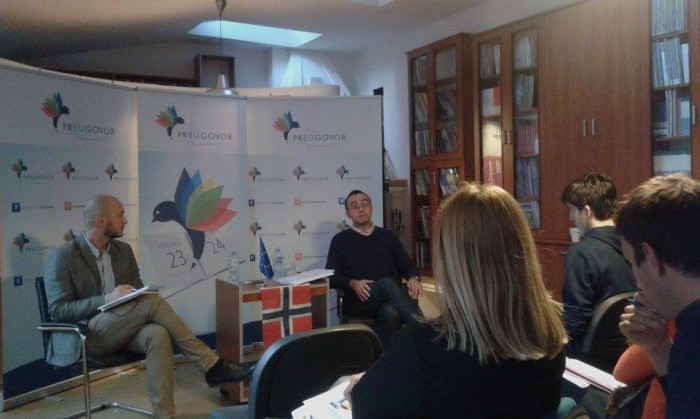