The coalition prEUgovor invites you to attend third CHATvrtak - an informal dialogue of the expert public interested in the implementation of the policies from the areas of Judiciary and Fundamental Rights (Chapter 23) and Justice, Freedom and Security (Chapter24) - which will take place at Belgrade Centre for Security Policy's premises at Djure Jaskica St, 6/5, on Thursday, 17 December 2015, starting at 16h.

The topic of thirds CHATvrtak is the state of play of police cooperation between Serbia and Kosovo, as well as the impossibility of tackling organized crime between the two as a consequence of lack of progress in this area. Within the Chapter 24 of the accession talks between Serbia and the EU, Screening Report for this area states that Serbia has to establish the same level of police cooperation with Kosovo as with any other neighboring country.

The currently available version of the Action Plan for Chapters 24 states no concrete measures with the aim to fulfill this recommendation, as it is expected that this issue is to be dealt with during the Belgrade and Pristina negotiation platform for Chapter 35. However, while Belgrade and Pristina are negotiating, organized criminal groups cooperate freely due to lack of effective mechanisms for tackling them. Moreover, normalization of relations between Serbia and Kosovo is, together with the fight against organized crime, one of the priority areas within the accession process to the EU, which is why it is necessary to establish effective ways to repress it.

The panelists at third CHATvrtak:

Due to a limited number of available seats, we kindly ask you to confirm your participation by Thursday, 17 December, by 15h latest, by sending an email to [email protected]. 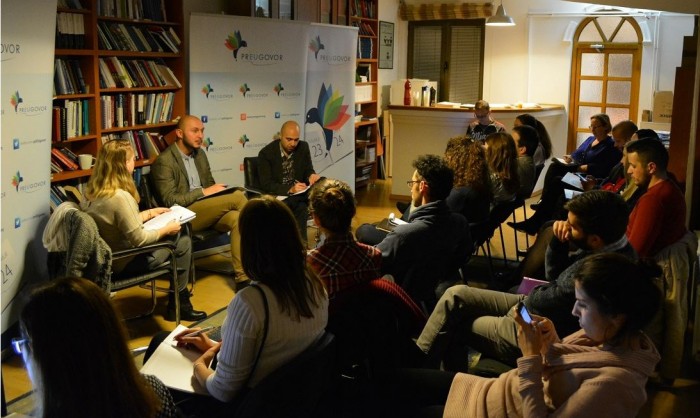 Police Cooperation of Serbia and Kosovo is practically paralyzed