The coalition prEUgovor invites you to attend CHATvrtak - an informal dialogue of the expert public interested in the implementation of the policies from the areas of Judiciary and Fundamental Rights (Chapter 23) and Justice, Freedom and Security (Chapter24) - which will take place at Belgrade Centre for Security Policy's premises at Djure Jaskica St, 6/5, on Thursday, 21 April 2015, starting at 16h.

The main topic is the early elections in Serbia, especially:

The panelists at seventh CHATvrtak:

Due to a limited number of available seats, we kindly ask you to confirm your participation by Thursday, 21 April, by 15h latest, by sending an email to [email protected]. 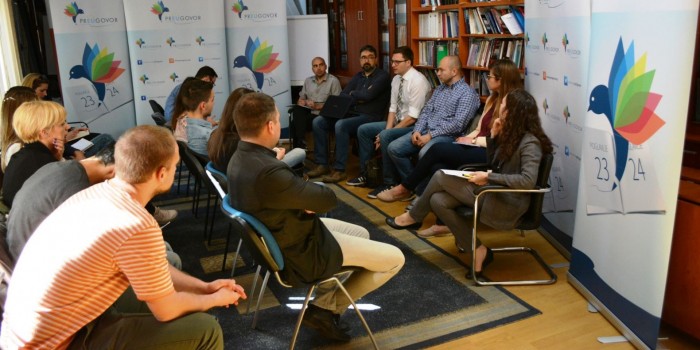