Did the parties express their standpoint on chapters 23 and 24 during pre-election period and have they respected the rule of law – these were the topics of the seventh CHATvrtak. 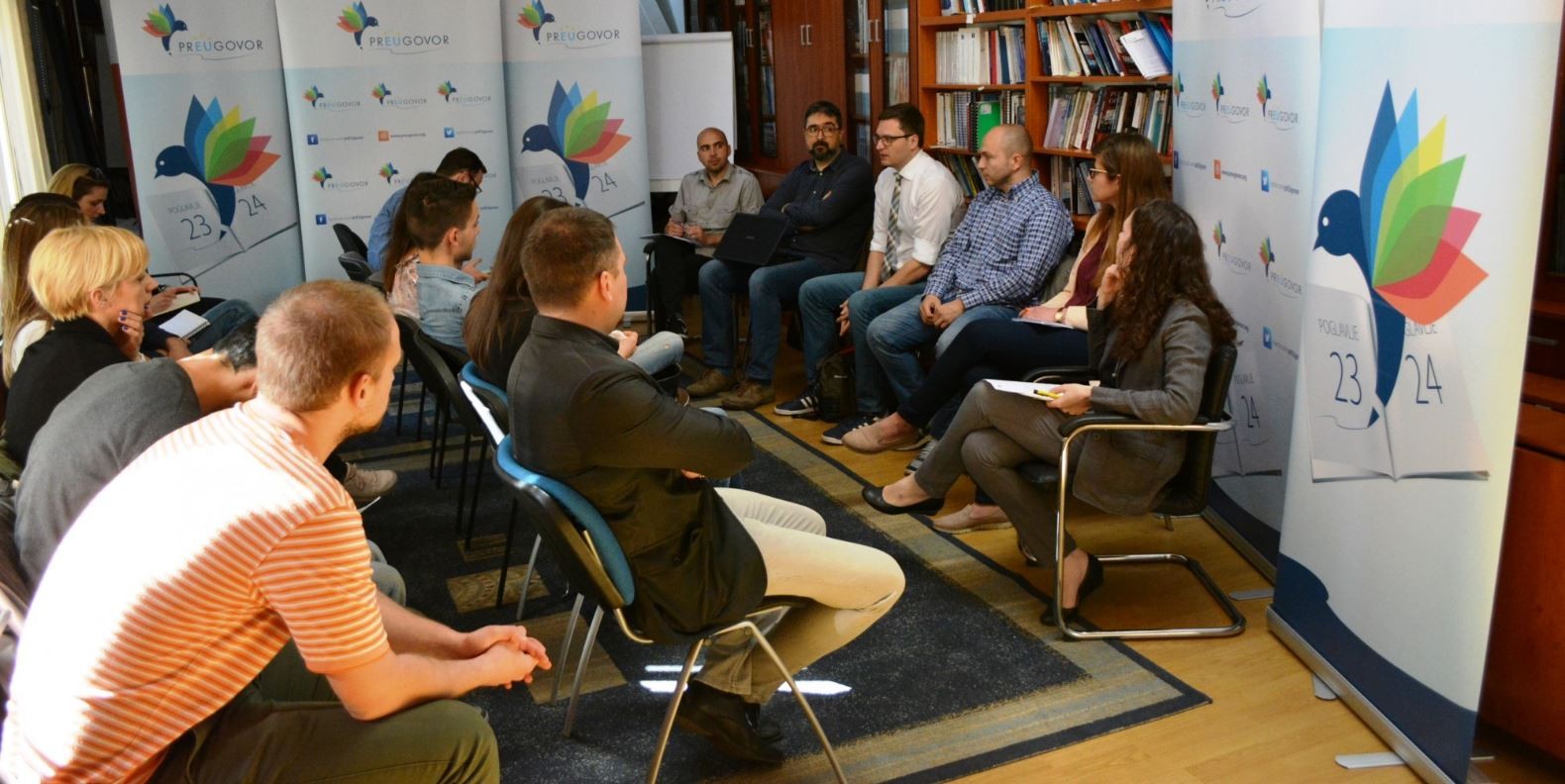 As citizens, we are deeply disappointed because of violatins of the rule of law during the campaign for early elections in Serbia, it was stated during the CHATvrtak, which was organized by a coalition of prEUgovor on 21 April 2016, in the library of the Belgrade Centre for Security Policy.

The main topics of the seventh CHATvrtak was early elections in Serbia, with special emphasis on how much the chapters 23 and 24 were discussed during the campaign and whether the political parties involved in elections respected the rule of law and principles relating to the impact on the media and campaign financing.

The conclusion of the panel was that political parties in the pre-election period did not take a stand on questions from chapters 23 and 24. Problems of migrations and asylum seekers were not covered, except in the program of one party, who has a very negative stand about that. From this "silence" we can see that parties do not have clear position toward migrants, specially taking into account recent terrorist attacks and the sensitivity of the subject, difficulties in achieving a balance between the protection of borders, it was said during the seventh CHATvrtak.

Corruption was not a topic in the campaign

The pre-election programs were mostly very general, without specific ideas how to solve problems, and with the lack of any focus on systematic reforms. The campaigns were based on leaders, and leaders were almost exclusively the only thing that parties offered to voters. Even parties that had program have not focused on it. Almost all participants in the elections were mostly offensive towards competition, it was highlighted during the meeting.

Corruption was not topic during the campaign, and even the media had no interest to report about it. When representatives of parties were talking about the fight against crime and corruption in their programs and speeches in pre-election campaign, that was reduced to an announcement of the repressive measures rather than on prevention planning.

The Anti-Corruption Agency had never filed any criminal charge for money spending in pre-election campaigns, stated one of participants at the panle. Although there is some information about violation in the public, prosecutor’s office remain silent and probably will continue to do so. An additional difficulty is a legislation which provides that intention must be proven in order to prove the crime, because that’s the only way, otherwise is just negligence.

During the campaign, legal norms were violated often, starting with the registration of candidate lists, but there was no sanction. During the panel it was estimated that it would be good to adopt the Electoral Code (as exists in Macedonia) so that in the future possible abuses could be controled.

The CHATvrtak is being implemented within the project that is financially supported by the Royal Norwegian Embassy in Belgrade (www.norveska.org.rs), as well as with the support of the OSCE Mission to Serbia (www.osce.org/serbia).