Serbia remains passive amid the wave of revived enlargement policy

Altered geopolitical circumstances increased the attention and efforts of the European Union in the region and gave a new momentum to the enlargement policy. However, Serbia spent almost the entire reporting period with the Government in a technical mandate, which had a negative effect on the implementation of most reform activities. Key areas such as judiciary and fundamental rights, the fight against corruption and organized crime remained even below the country's already poor average score, as concluded during the conference in which the new prEUgovor Alarm Report on Serbia's Progress in Cluster 1 was presented. 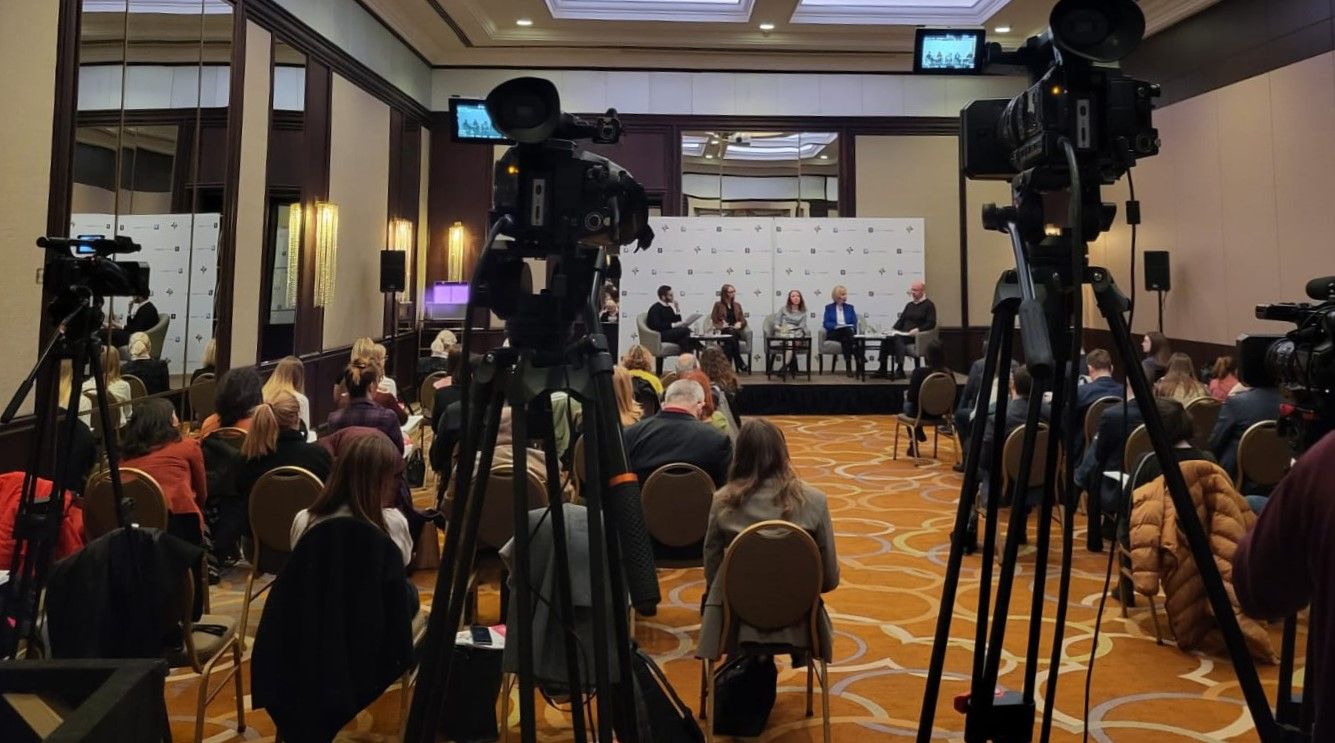 Jelena Pejic Nikic, editor of the Alarm Report and researcher at the Belgrade Centre for Security Policy, pointed out that, during the reporting period from May to October 2022, European integrations in Serbia were in hibernation. She added that Serbia’s indecisiveness and procrastination are visible at a time when attention is being paid to the region, i. e. when the enlargement policy is being "revived".

The process of adoption of the regulations was complicated by the fact that the Government was in a technical mandate. However, there are also the problems in the application of the current regulations, she said.

The state's response to the increasingly complex trends of human trafficking is also weak, and another aspect that cannot be considered satisfactory is the lack of a strategic approach in the fight against organized crime, which Pejic Nikic believes has so far been more of a show for the public. She particularly highlighted the Draft Law on Internal Affairs, which was withdrawn last year due to a strong public reaction. She warned that the Ministry of Internal Affairs has not given up on this law and its disputed provisions and that the draft is soon expected to be on the agenda of the new Government.

She concluded that Chapters 23 and 24 can block progress in all other areas, but that Serbian media and officials are forgetting that side of the story, focusing rather on pressures for Serbia to comply with European Union sanctions against Russia.

POSSIBILITY OF POLITICAL INFLUENCE ON THE JUDICIARY IS NOT ELIMINATED

Sofija Mandic, a member of the Center for Judicial Research, presented the most important aspects of judicial reform. She underlined the susceptibility of the judicial branch to the influence of other branches of government as a problem that was not completely eliminated in the constitutional amendments, nor the working versions of the five judicial laws, which were written during the reporting period.

“Every idea we started with, which is that the legislative and executive power should not influence the prosecution, has turned into its opposite or into the possibility for abuse and making it impossible to criticize the work of the judiciary,” she concluded.

As an example of a bad solution, she cites a quorum of eight members for sessions of the High Judicial Council, which will elect judges in the future. This means that without prominent lawyers elected by the National Assembly, it will not be possible to hold a session of this body at all, which opens up space for a blockage. The Venice Commission also recommended that it should be changed, but the same provision was found in the amended text of the draft law published by the Ministry of Justice, Mandic pointed out.

She also referred to the fact that citizens are not interested in this very important topic, which was shown by the low turnout of 30% at the constitutional referendum in January.

“Citizens of Serbia are trying to decide for themselves whether the Constitution and the rules we mutually agree on, as the way our community will function, have a place in our society. It seems that the citizens know that decisions are made where the power is, and not by the letter of the Constitution,” she concluded. 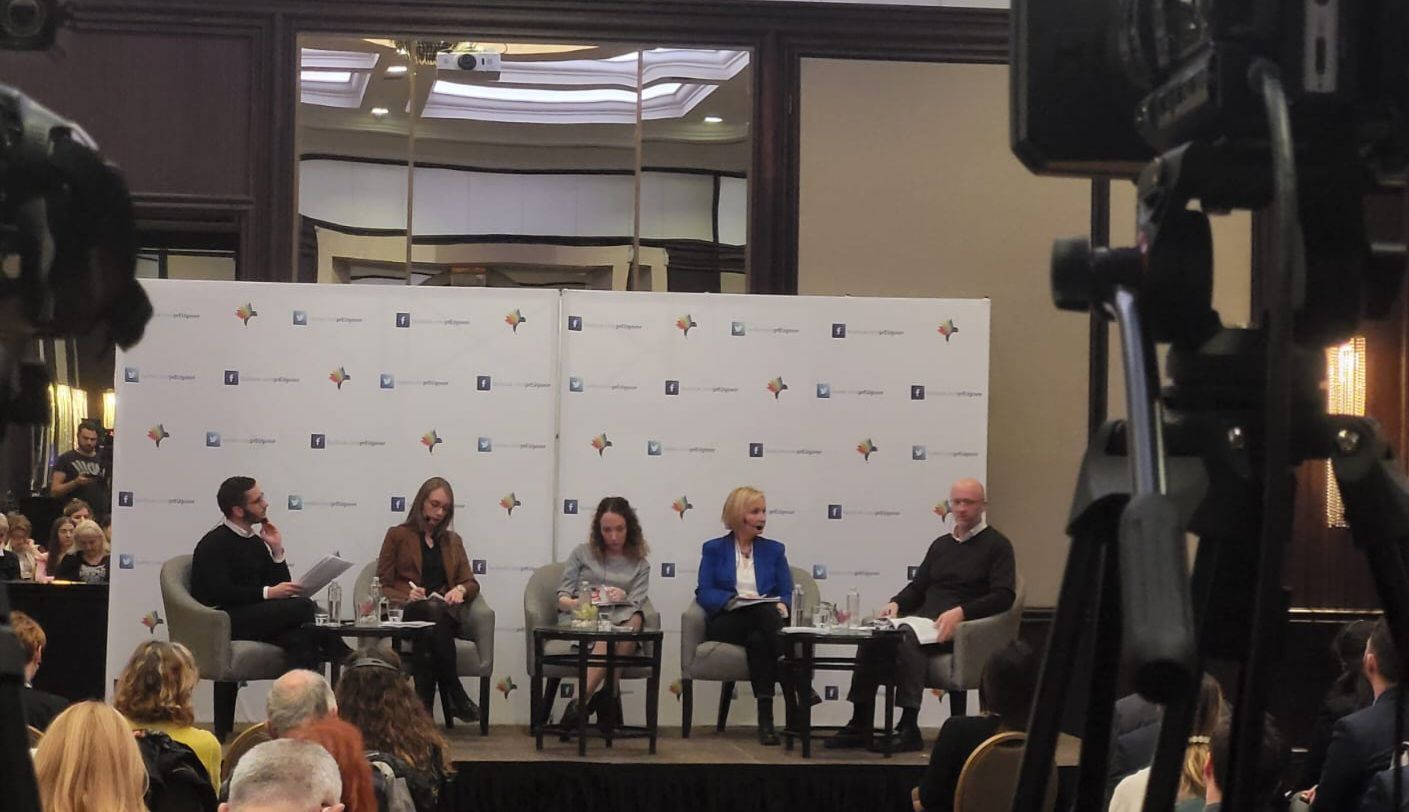 “We cannot say that we have made progress in the fight against corruption when it comes to judiciary. We hope that the reform will bring some positive developments, that independent prosecutors will be braver and open corruption cases,” said Nemanja Nenadic, program director of Transparency Serbia.

He also made comments on the issue of anti-corruption strategies, which he sees as very important, but at the same time he emphasizes that it is not enough to just pass such documents. It is necessary to have an engine behind the planning document that will set things in motion.

He highlighted as particularly worrying the fact that representatives of institutions do not respond to criticism regarding the situation in them: “We have illegal state of acting officials   in public administration and public enterprises. Earlier, when the issue was brought up, we could hear the statements of the ministers and the Prime Minister that the issue would be placed on the agenda in the future. Now we don't even hear such excuses anymore.”

“Even after the publication of this data, there was no reaction, which tells us that, in terms of the application of anti-corruption regulations, we have reached a stage where we don't even have a reason to believe that things will change for the better,” Nenadic pointed out.

THE EROSION OF FUNDAMENTAL RIGHTS HAS BECOME MORE VISIBLE

Tanja Ignjatovic from the Autonomous Women's Center spoke about the state of fundamental rights in Serbia. She points out that fundamental rights were always in the shadow of more important issues from Chapter 23 where the situation was urgent. However, the events after the ban of the EuroPride walk also pointed to the visible erosion of other rights that was taking place in the background.

“For the officials of  the European Commission and the European Parliament, it is unfathomable that the Government adopts a document which allows the minister to break two laws in order to fulfill some of his ideas. That happens in Serbia,” Ignjatovic noted.

The section on fundamental rights of the Report offers a series of snapshots from everyday life which confuse us and question the value system in the society. Civil society organizations and activists cannot manage to glue the parts of the mosaic of rights that are constantly falling off, and the institutions are so ineffective that, for example, we are waiting eight years for the Constitutional Court's response.

“The question is how long we will tolerate the violation of rights. It's typical to start with those who are on the margins, then the others say it's none of their business. But at some point, it will become everyone's business. Whenever basic human rights are violated, it concerns all of us. Such an attitude should be produced, but we don't have a platform to produce it, neither on national television, nor in the educational system,” Ignjatovic concluded.

The conference is fully available HERE only in Serbian.

The news of the event was written and translated by Milica Divljak, an intern at Belgrade Centre for Security Policy.