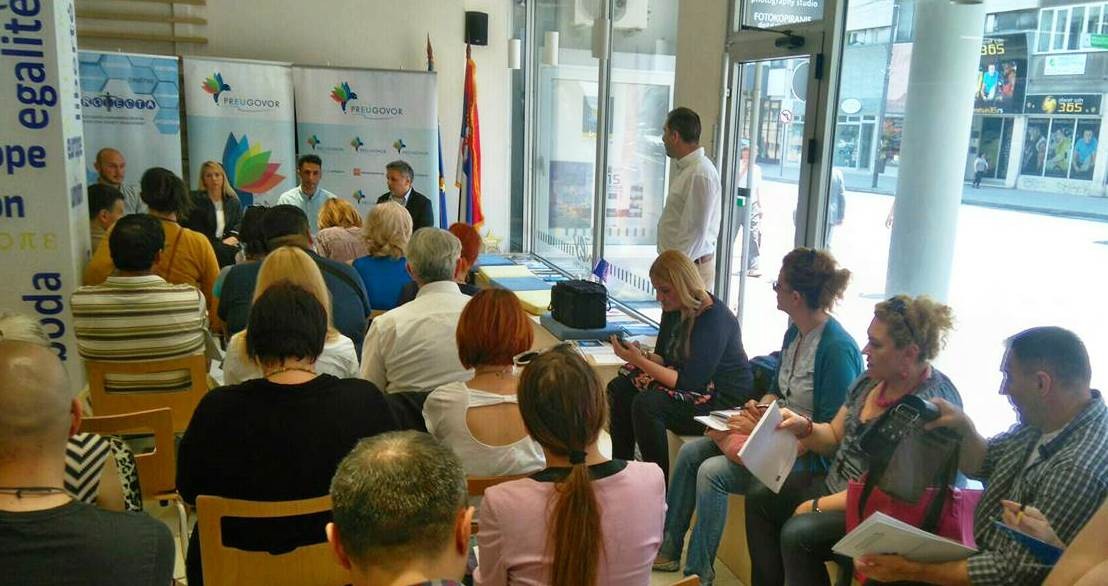 The process of European integration should not be reduced to the "ticking off" of items on the paper, the content of the negotiation проcess with the European Union needs to be translated into the language of ordinary citizens and it is essential that the effects of the reform are felt at the local level, were the main conclusions of the presentation of the latest prEUgovor Report on the progress of Serbia in Chapters 23 and 24 held in EU info corner in Nis on 1 June 2017.

Chapters 23 and 24 are the most important in the process of negotiations between Serbia and the European Union, and in the reported six-month period significant progress in the implementation of the policies covered by these chapters - judiciary and fundamental rights, justice, freedom and security - was not observed, said Milan Aleksic from the Center for applied European studies, who was also the editor of the report.

"There was no major progress in the areas that we have been tracking. We have reported a certain stagnation, because there has been a delay in certain legislative activities, given that the National Assembly did not work, i.e. it voluntarily disbanded because of the Presidential election", said Aleksic.

He warned that if there is a delay in these chapters, the negotiation process can come to a complete standstill. As the biggest problem Aleksic pointed out to the lack of good and valid mechanisms by which the real changes or progress can be monitored.

"The government reports to the EU that it implemented a certain activity, but we as citizens of Serbia cannot figure out what this means in practice, or whether this activity made any real change on the basis of which we can say whether Serbia has made progress in this area or not", said Aleksic. 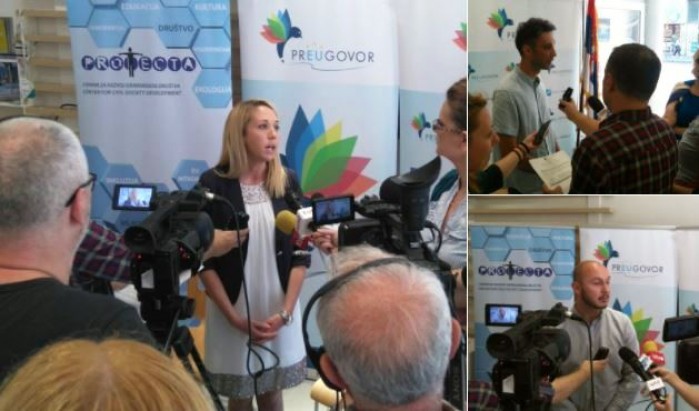 Katarina Ivanovic from ASTRA - Anti trafficking Action​ - has emphasized that the lowering of reforms to the local level will contribute to solving specific cases of human trafficking and the progress in European integration. She said that Serbia has good laws concerning to human trafficking, but there that the problem lies in practice. Victims are rarely fully protected during the judicial procedures and are often required to retell experienced trauma during the hearing session, because the video links that are available to the courts are not used, said Ivanovic.

"Our documents are adapted to EU standards in vain if employees in the courts and prosecutors' offices do not apply them. Therefore, the exercise of the rights of the victims is very difficult, which affects their recovery and return to everyday life. On the other hand, penalties for traffickers are mild. Last year, the highest number of sentences ranged from 3 to 5 years in prison which is just above the legal minimum, as the largest prescribed legal punishment for such crimes is 12 years in prison. This information is devastating", said Ivanovic, stressing that all these conclusions are sent to all courts.

Bojan Elek from the Belgrade Center for Security Policy said that the police reform is the key to success in Chapter 24, and has emphasized as the most important the transition to the intelligence-led policing. Elek said that the small number of activities under this chapter focuses on the BIA and its work, and one of the most important is focused on the separation of the role of BIA in the use of special investigative measures.

"The largest problems, that are actually heard in the EU, are insufficiently good organization of work ie. organizational reform, insufficient capacity for the implementation of analytical methods necessary boost to HR management, and, most important for the citizens, the transition from a reactive to a proactive mode of work, or switch to the intelligence-led policing. Based on intelligence data, Serbian police could more efficiently and rationally use available  resources, "estimates Elek. 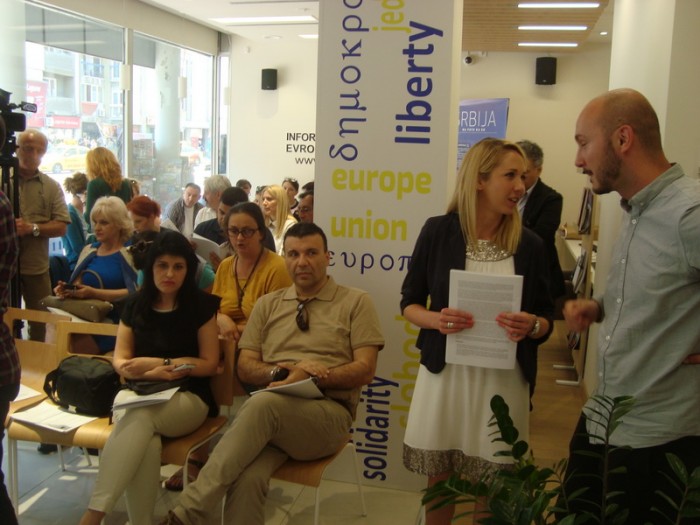 The dialogue on the implementation of policies in chapters 23 and 24 has attracted much attention from the civil society, state institutions and the media in Nis. Numerous questions from the audience were related to how progress in European integration at the local level could be measured, what was the attitude of the state and the EU representatives towards the opinions and findings of civil society organizations, and whether the criticism of the negotiation process was welcome. One of the main conclusions of the discussion was that the content of the EU accession process should be translated into the language of ordinary citizens in order to include them.

This visit to Brussels is a part of the project "prEUgovor Policy Watch: Monitoring Reforms in Chapters 23 and 24". The project is funded by the European Union.