Uncoordinated state policy in the field of criminal law, more precisely, the need for harmonization of new Law on Police with Criminal Procedure Code, were the main topics of the sixth CHATvrtak. 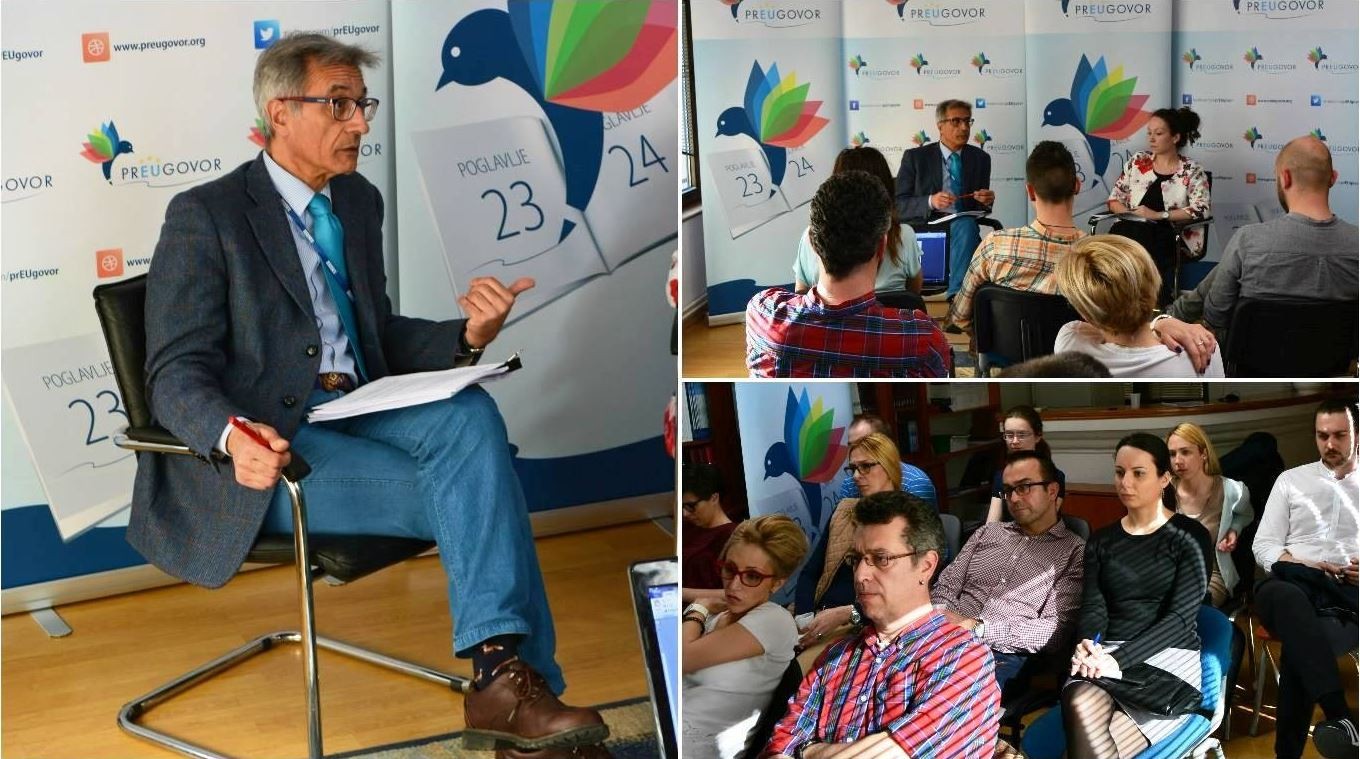 Uncoordinated legal framework is a major problem for Serbia. During CHATvrtak, organized on 31 March 2016 in the library of the Belgrade Centre for Security Policy, it was evaluated that the key step for the further reform is to improve the process of drafting laws.

Opening speech at the sixth informal discussion of the professionals was held by senior legal advisor at the OSCE Mission to Serbia, Maurizio Salustro, and a dialogue with the participants was moderated by BCSP researcher-jurist Sofija Mandić.

On this meeting was pointed out that any change in the law can lead to enormous changes in the entire system. Therefore, the discussion on drafting or amending the law is always confrontational because it presents attack at the current state. In Serbia, we have major problems in the law-making process, especially in coherence, and example of that is the new Law on Police, because during its draft, harmonization with the Criminal Procedure Code haven’t been taken in account. Criminal Procedure Code is of great importance for the entire legal system precisely because it has to make a balance between fundamental human rights respect and effective implementation of repressive measures.

Law on Police is filled with contradictions

Participants in the discussion evaluated that Law on Police is filled with bad provisions, even with those that do not belong to this law. Besides that, there are technical and logical errors in law and legal system cannot withstand the contradictions. Not everything can be regulated by law. Hence, there are bylaws who fill the gaps, but in Serbia, they are often uncoordinated nor technically nor substantively. The most important issue is to conduct investigations and the entire legal system must be arranged according to that, which is not the case in Serbia. Both prosecution and the police do not cooperate enough. Participants on sixth CHATvrtak discussion said that there is conceptual confusion regarding the police authority and the role of the prosecutor when it comes to prevention and crime repression.

With the initiation of the discussion on the adoption of the law by urgent procedure, it has been estimated that bad practices are result of the pressure from the EU, which often leads to the adoption of new laws so that they can be presented to Brussels, although they are not really effective. There is an urge to improve the competence of deputies in order to provide better quality of legislation and consequently its application. During the meeting, the reform of the legal system in Italy was compared with the process in Serbia and was pointed out that the process went much smoother in Italy where judiciary is very independent and the citizens much better self-organized and more critical.