Where have the decades of work of women’s organisations disappeared? 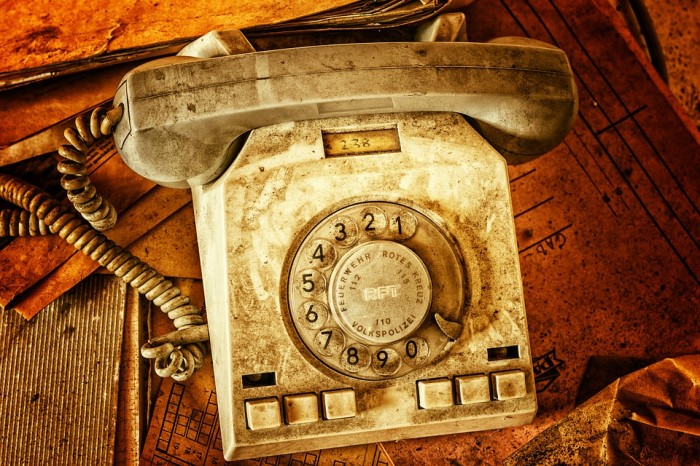 More than twenty years ago, when the first women NGOs in Serbia were founded, women who were victims of sexual, partner and domestic violence have not been visible in the eyes of the state. Criminal act of domestic violence did not exist, nor protection measures, nor Protocols on the actions of professionals. Only SOS helplines existed where women activists/volunteers of women's organizations provided support. It is precisely by the long-standing commitment of women's organizations that domestic violence has moved from the private sphere into the public one and became increasingly evident as a social problem, so that it has, in 2002, resulted in the introduction of a criminal act "Domestic Violence“ into the Criminal Code. And the SOS helplines for women who were victims of violence continued to work, voluntarily and with minimal funding, just enough to cover the phone bills.

By adopting the current Law on Social Protection, which gives the employees in the social protection system the possibility of providing social protection services also, which breaches all the rules on the prevention of a conflict of interest, the Centres for Social Work have started to take over and provide services, among which were SOS helplines and the psychosocial treatment of perpetrators. By calling the SOS helplines established at the Centres for Social Work, it was discovered that numbers of the telephone switchboard or the mobile team were listed as the numbers of SOS helplines in some Centres, about which the Women against Violence Network informed the Institute for Social Protection in March 2012.

By creating a unique SOS helpline for Vojvodina 0800/101010 at the end of 2012, a great step has been made in recognizing the decades of experience and work of women's organizations in Vojvodina. The SOS helpline has been entrusted to a consortium made of six women's organizations evenly distributed in the territory of Vojvodina. Each organization receives calls from the territory nearest to it, and if the line is busy, the call is diverted to the next available telephone line. The funds for the operation of this SOS helpline are provided in the budget of the Autonomous Province of Vojvodina.

Throughout 2013, the Ministry of Labour, Employment and Social Policy at that time, began working with the Women against Violence Network (which brings together organizations that provide assistance and support to women who are victims of violence) on development of the Minimum Standards for the provision of specialized SOS helpline services for women who have experienced violence, in order to introduce a National SOS Helpline by the same principle by which a unique SOS helpline was introduced in Vojvodina. The Network has calculated the annual cost for the operation of a National SOS Helpline, which would have 15 parallel telephone lines, distributed evenly across the regions of Serbia, and which would be available 24 hours, 7 days a week. The agreed minimum standards, with changes that the Network representatives did not agree on, have been adopted in 2015 as the Rulebook on Detailed Conditions and Standards for the Provision of SOS helpline for Women Who Have Experienced Violence. Members of the Network have sent an official letter to the Ministry in 2016, requesting the Rulebook to be changed and the Ministry replied that it would consider submitted proposals.

At the meeting of representatives of the Ministry and the activists of women's organizations which took place on July 19, 2017, the Ministry presented a plan for the establishment of a National SOS helpline, which implied that the operators who answer it would ask the women who call for their personal information, and then forward the information about calls from women to institutions in charge. The Network representatives pointed out that the proposed method of operation of the National SOS helpline would breach the first and most important principle of SOS helpline - anonymity. It was also stated that the establishment of such info or call centre, that existed before in Serbia, within the same Ministry, but also within the Ministry of Internal Affairs, would discourage many women from calling, and the ones who would call from further conversation. At the end of the meeting, the representatives of the Network emphasized, and then sent an official letter, that if the service would be established in this manner, then it will not be in line with the standards of the SOS helpline and it couldn’t be called the National SOS helpline (Article 24 of the Law on the confirmation of the Convention of the Council Europe on Preventing and Combating Violence against Women and Domestic Violence).

That the Ministry of Labour, Employment, Veterans and Social Affairs did not give up its intentions, the public was informed on the October 30, 2017, when it announced the call for proposals for associations that will provide SOS helpline for persons who have experienced violence. Even though the Autonomous Women’s Centre in its letter to the Ministry stated that it is not clear from the text of the call whether it was made in accordance with the Law on Public Procurement or the Law on Associations, and whether the associations will be funded for the training for the providers of SOS helpline service or just for the service itself, the Ministry withdrew a questionable call due to a mistake in the name. Namely, contrary to the Rulebook on Detailed Conditions and Standards for the Provision of SOS helpline for Women Who Have Experienced Violence, in the name of the call it was stated that the provision of SOS helpline services was for "persons who have experienced violence".

On November 10, 2017, the Ministry of Labour, Employment, Veterans and Social Affairs announced a new call for proposals for associations providing SOS helpline service for women who have experienced violence, worth 30 million dinars. The Autonomous Women's Centre again reminded the Ministry that the Law on Social Protection (Article 64) stipulates that social welfare services are procured from a social protection provider licenced through a public procurement procedure for social welfare services, in accordance with the law governing public procurement, this Law and the regulations adopted for their implementation, and not through a Public call (tender). As one of the condition for providing this service was a licence, the Autonomous Women's Centre indicated that, at the moment that this call was announced, there was not a single licenced organization in Serbia, since the Ministry have not prescribed the conditions which an organization must fulfil in order to obtain a licence. Before the International Day against Violence against Women, the Ministry, for the second time, reached a Decision on the withdrawal of the Decision on announcing Public call, but this time without an explanation.

However, two failed Public calls did not prevent the Minister for social affairs from signing a Memorandum of cooperation for establishing SOS helpline for women who are victims of violence on the International Day against Violence against Women, together with the Mayor of Belgrade, and with the support of the public company "Telekom Srbija".

When women in Serbia on October 31st, 2013, rejoiced over the fact that the Serbian Parliament ratified the Convention of the Council of Europe on Preventing and Combating Violence against Women and Domestic Violence, none of us could even imagine that Art. 24 of the Convention on the obligation to establish a free SOS helpline would be misused in this way.

We can only wonder why the state of Serbia, headed by the Ministry for Social Affairs, believes that it has the right to ignore the decades-long experience of women NGOs’ that provide SOS helpline services. Why did the Ministry announce a Public call for the National SOS helpline, knowing that the conditions for obtaining a licence have not been prescribed, and that, therefore, there were no licenced organizations? What is the interest of the Ministry to create an info centre, whose role would be to direct women to the institutions of the system and to provide information on the working hours of these institutions? Or maybe the Ministry knows something that women organizations in Serbia do not know?

If the National SOS Helpline for women who are victims of violence comes to life so that women NGOs with decades of experience in providing SOS helpline are excluded, the individual SOS helplines of women organizations will not be stopped. They will work even better and be even more dedicated, to help all women to lodge complaints in cases of violation of the principle of confidentiality and anonymity in the work of the National SOS helpline.