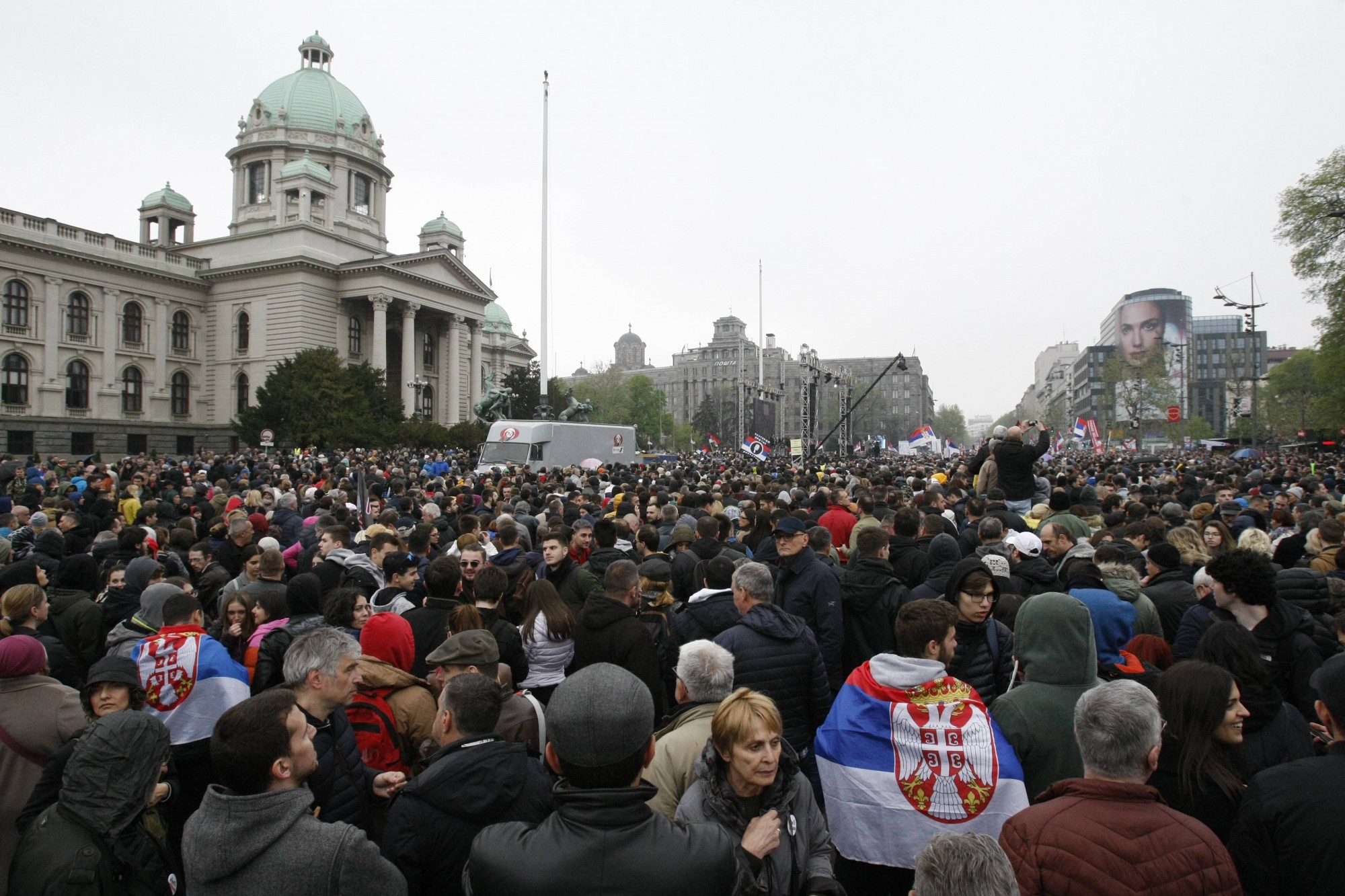 Photo: The All as One – One of the Five Million protest rally, April 13; Photo: Beta/Emil Vaš

Thousands of citizens protesting against the regime of Aleksandar Vučić across Serbia for months gathered in mid-April outside the House of the National Assembly in Belgrade, at a big rally under the slogan „All as One - One of the Five Million”.

“Today was marked by a total information war, which is why we prepared very well technically and got six drones up in the air and had a complete image all day,” said Željko Mitrović, the owner of Pink.

According to the footage shown by Mitrović, the Pink drones flew over Belgrade City Hall and Pioneers Park near the Presidency building, recording the rally in front of the National Assembly.

The Center for Investigative Journalism of Serbia (CINS) reveals that Mitrović and the people who were shooting footage for him had failed to notify the Serbia and Montenegro Air Traffic Services (SMATSA) and the Civil Aviation Directorate, even though they weren’t allowed to fly without doing so.

The Ministry of Defense is also involved in the permission-granting process, and since the Assembly and the Presidency are in restricted airspace, the aircraft also should have gotten the Interior Ministry’s consent.

“Anyone manning a drone in restricted airspace in Belgrade without the consent of the Ministry of Defense, Ministry of Interior and permission from the Civil Aviation Directorate, is violating the law. The penalty for legal entities is a fine ranging from 500,000 to two million dinars,” said Saša Đorđević of the Belgrade Center for Security Policy.

CINS journalist did not receive answers as to whether the aircraft had the required permission from the two ministries. Nonetheless, even if Pink TV had obtained those permits, it should not have flown on April 13 because it had not informed SMATSA about it. The agency managing air traffic harmonizes a drone’s flight plan with the flights of all other aircraft (airplanes, helicopters), so it is necessary for it know who will fly, when, where and for what purpose.

According to a list delivered by SMATSA, on that day only one unmanned aircraft had permission to fly near Terazije street, but it did not shoot footage for Pink TV, CINS learned.

Sima Marković of the association gathering people who use unmanned aircraft - the National Cluster of Unmanned Aircraft and Related Sectors, told CINS that most of these flights are not reported, which is wrong from a safety standpoint. Aircraft that collide, he adds, can fall on people and kill them, while propellers can cut off fingers. Marković warns about the danger of collision between an unmanned aircraft and a passenger airplane. If a drone were to fly into an airplane engine, there would be an explosion and the airplane would probably crash.

Željko Mitrović did not answer a phone call and SMS text message from the CINS journalist, and the Ministry of Interior and the Directorate did not answer CINS’ question about whether they had initiated proceedings in the Pink TV case. 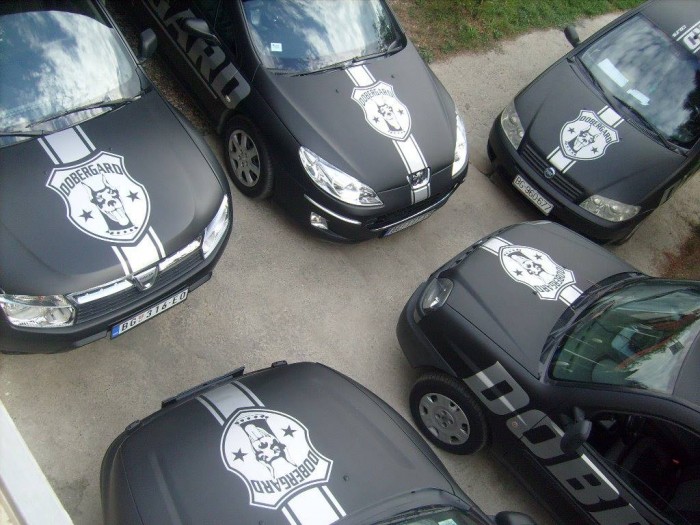 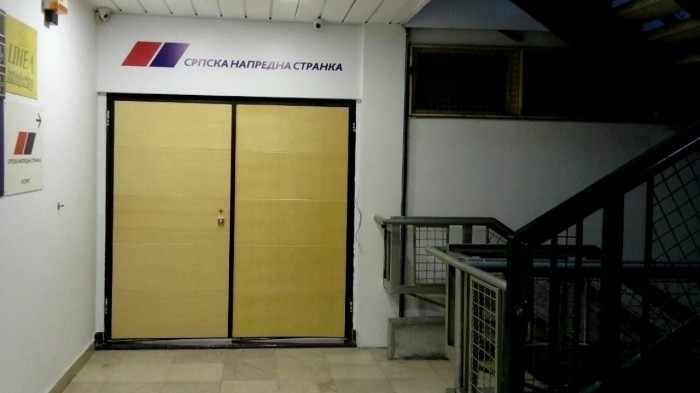 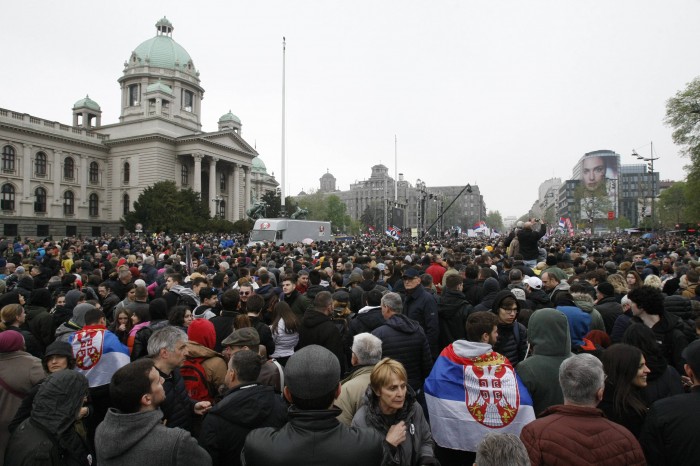