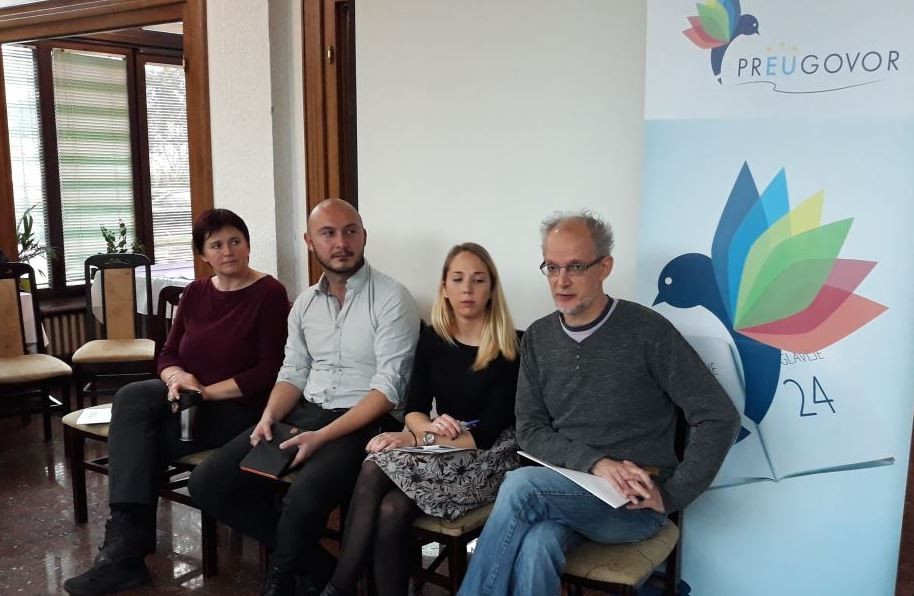 Serbia's negotiations with the European Union should be brought more closer to citizens at the local level, as they are the least involved in this process although reforms implemented greatly affect their lives, it was said at the presentation of preEUgovor Alarm report on the progress of Serbia in negotiation on the chapters 23 and 24 held in Vrnjacka Banja, November 18, 2017.

In co-operation with the Women's Association Peščanik from Kruševac, representatives of the coalition prEUgovor participated in a two-day seminar in Vrnjacka Banja (November 17-18), dedicated to activists from the Rasina and Mitrovica districts. The topic of the seminar was the question of the position of women and gender equality within the framework of European integrations. The goal of the training was to enable women from Serbia and Kosovo to improve their knowledge on the European Union, get information about the negotiation process that they do not receive from their authorities and get more involved in it. Also, another purpose of the event was to connect the participants and get them to know each other in order to make them put joint effort in showing how the voice of women is indispensable part of the process of joining the European Union and the process of reconciliation. As a part of the seminar, four representatives of the coalition prEUgovor presented an assessment of Serbia's progress made under chapters 23 and 24 from the perspective of civil society.

Vanja Macanović from the Autonomous Women's Center tried to explain the way in which civil society organizations are involved in monitoring Serbia's progress in the rule of law, and how experience from the local community can contribute to the quality of the reforms being implemented. "The whole process of negotiations is very centralized, there is a very weak involvement of organizations and individuals from the interior. Since all implemented reforms will have a direct impact on the lives of citizens in all communities, your local activist experience is critical to assessing whether the intended change has been achieved," Macanović said.

As an example of this claim, Macanović cited the adoption of the Law on the Prevention of Domestic Violence, which began on 1 June 2017. "Despite the successful implementation during the first months, the lack of electronic records of reported cases of violence and the measures taken to prevent it disables a quick insight into data related to a specific case and makes it difficult to monitor the actions of the competent services and the application of the Law. Here, women's organizations from the field can help in monitoring cases in their communities and report them," Macanović concluded

Katarina Ivanović, from ASTRA - Anti-trafficking Action, presented the situation in the field of combating trafficking in human beings, saying that the key positive issue in this year was the adoption of the Strategy for this area after 6 years of delay.

"Bringing the reforms to the local level will contribute to solving specific cases of human trafficking and also, indirectly, the progress in the European Integration process. Serbia has good laws in this area, but the problem is its practical implementation that always depends on the situation at the place where the results are actually expected, "said Ivanović.

Siniša Volarević, from Group 484, said that the areas of asylum and migration are key issues within Chapter 24, which will be more and more important in the upcoming period, and which will largely depend on Serbia's progress in the European Integration process.

"The refugee-migrant crisis has shown all the weaknesses of the domestic system, and it needs radical changes in the process of joining the European Union. Managing migration is a major challenge that has to be addressed strategically, with emphasis on the local communities that must be prepared through adequate measures if we want the integration of migrants to be successful," said Volarević

Bojan Elek, from the Belgrade Center for Security Policy, presented the findings on the progress of police reforms, as well as the expected comprehensive changes in how the Serbian police will fight organized crime and corruption after harmonization with EU standards,. In addition, Elek assessed the current status of the internal dialogue on Kosovo, as well as the results of the Belgrade-Pristina negotiations and their connection with European integration.

"In addition to Chapters 23 and 24, another key aspect of European Integration is the dialogue between Belgrade and Pristina, which is covered by Chapter 35 in the negotiations, and which deals with them matter of the possible comprehensive agreement on normalization of relations between Serbia and Kosovo. The whole process is actually a black box, since the public knows very little about the planned dynamics, the expected outcome of the internal dialogue, and there is no adequate involvement of the stakeholders. It is not that only local communities, including the Serbian ones in Kosovo, have not been informed at all, but political parties, citizen associations and even the National Assembly have been excluded from this process," Elek said.

Presentation is the part of the project prEUgovor Policy Watch: Monitoring the Reforms in Chapters 23 and 24, funded by the European Union. 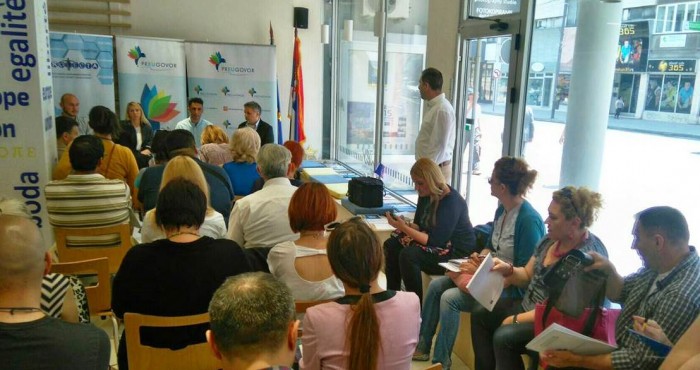